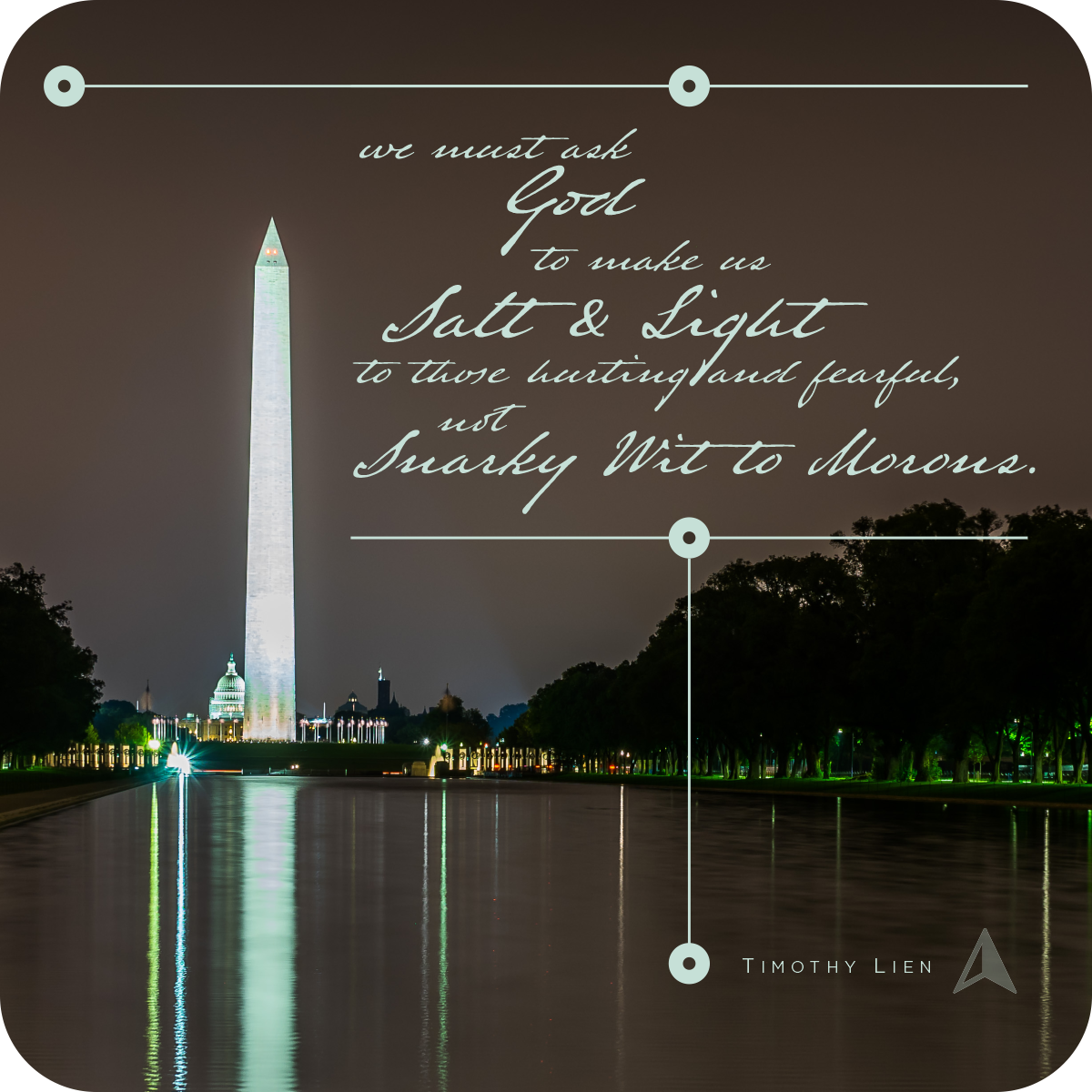 Christian Nationalism is Not Christianity

Christian Nationalism (of any nation) is simply not Christian. It is not of Jesus or His Spirit. It is not merciful, because its opponents must be punished. It is not just, because it excludes. It is not loving, because opponents are threats. It cannot submit, because losing power is not an option. (Rom. 13:1-7, 1 Peter 2:13-17). It cannot pray in compassion for those in authority. It cannot invite the enemy into its quarters; it cannot be hospitable, because the Other is feared. (New Testament hospitality, philoxenia, literally means love of the stranger/alien/other). It is not quiet, dignified, or godly, because it believes loud strength is the only measure of greatness. (I Timothy 2:1-3) It places its own kingdom over and above the Kingdom of heaven.

America will not be your final home. (Philippians 3:20). America will not get a special VIP seating arrangement when all the tribes and nations of earth praise the Lamb on the Last Day. Christian Nationalism shakes, yells, and defends when it is threatened. God’s kingdom cannot be shaken (Hebrews 12:28). The government is not upon the shoulders of the electorate; it is on the shoulders of the Prince of Peace (Isaiah 9:6). Any pursuit of real justice, real mercy, and real love for our fellow neighbor will never be through what the world values. James tells us that “the anger of man does not produce the righteousness of God” (James 1:20). There are no illicit, ugly means that will end in good and beautiful outcomes. Excusing evil so that another type of goodness flourishes, only compounds evil.

If you encounter any form of vitriolic, hateful sewage in social media, print, text, blogs, memes, GIFs—you can be sure of this: it is not of Jesus; it is not like Christ. The mocking and derision may very well line up with your own political proclivities, but know this: it is antithetical to Jesus. It is not Christianity—even if it masquerades as supporting some moral or political conviction that you may currently hold. It is not a friend of Christianity nor is it Christianity-lite. Or Christianity adjacent.

Mixing and conflating Christianity with any party will leave you with something that is not biblical or historical Christianity. Christian Nationalism is incompatible with Jesus and His kingdom.

Today, we long to be filled with anything and everything that is true, honorable, just, pure, lovely, commendable, excellent, and worthy of praise (Philippians 4:8). Does your incessant, pinging phone newsfeed resemble Philippians 4? Are you being slowly discipled by cable television as it shapes your opinion on all of your neighbors—of every nationality and political leaning? Would you be more convinced by a piece of pointed Scripture or a blast from your favorite political commentator?  Would you find solace in the rights granted in a constitution before you found solace in the promises of Scripture? (Do not hide behind the tired falsity of “The constitution was written by good Christian men.” No, no it wasn’t.)

This begs an important question: Is it possible for real Jesus-following people to be involved in parties, movements, and causes that have heinous, evil elements? Yes, that describes all of us. None of us escapes that charge. So take special care not to expel people from the fellowship of acceptable-Christians-that-I-can-only-be-around. My Savior’s table invites both victims and victimizers to the same freshly baked bread. If the community of Jesus isn’t populated by opposite-thinking people, then it probably isn’t much of a community of Jesus.

With the same care, we must not conflate our personal, impassioned causes with Jesus’s Kingdom. Seeing the symbols, signs, t-shirts, and the vocabulary of American evangelicalism storm the Capitol made my stomach turn—in sadness and anger. Anne Lamott gives us a simple test to see if we are currently doing this: “You can safely assume you've created God in your own image when it turns out that God hates all the same people you do.”

Today, we are called to repent of every single twisted political opinion and murderous thought that resembles nothing of our Savior. Will you have the courage to repent of every position that you deem correct? Or will you justify yourself again and again? Oh, I know we all want to be right, but let’s not get our righteousness from being right.