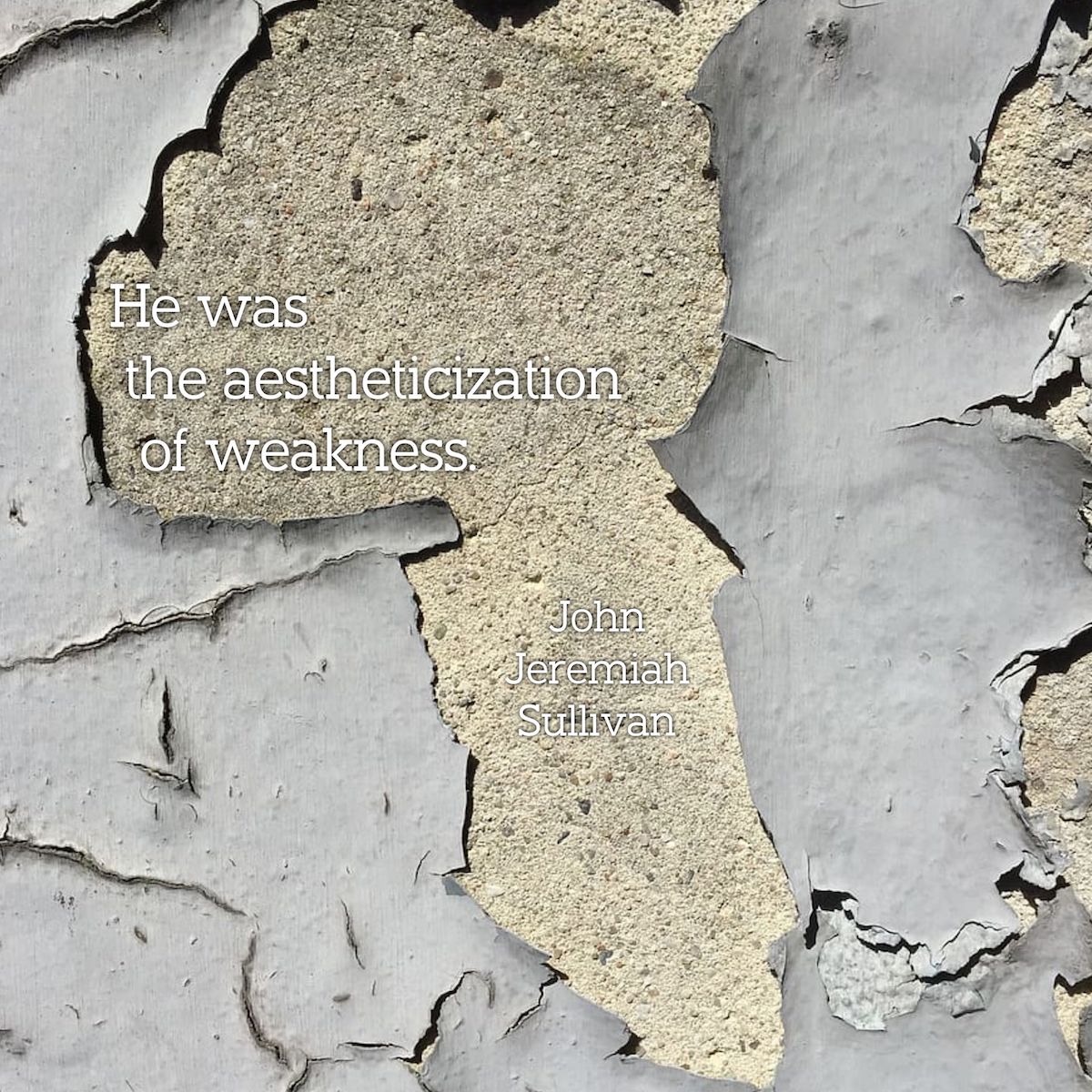 I commend you to read:

2) Attached, Marilynne Robinson’s essay “Wondrous Love” from When I Was A Child, I Read Books. An excerpt:

And how is it consistent with the belief that the church is the body of Christ, a belief I share, to think that it has no intrinsic life to be relied on, and must, for the sake of its survival, be fastened to a more vigorous body, that of the nation?...In general, this posture, this preemptive assault of secularism [by the church] with all it entails, strikes me as frightened and antagonistic. Neither of these are emotions becoming in Christians or in the least degree likely to inspire thinking or action of a kind that deserves to be called Christian.

3) A third: John Jeremiah Sullivan’s “Upon This Rock” from Pulphead: Essays. A taste:

Bless those who’ve been brainwashed by cults and sent off for deprogramming. That makes it simple: You put it behind you. But this group was no cult. They persuaded; they never pressured, much less threatened. Nor did they punish. A guy I brought into the group—we called him Goog—is still a close friend. He leads meetings now and spends part of each year doing pro bono dental work in Cambodia. He’s never asked me when I’m coming back.

My problem is not that I dream I’m in hell or that [my former small group leader] Mole is at the window. It isn’t that I feel psychologically harmed. It isn’t even that I feel like a sucker for having bought it all. It’s that I love Jesus Christ. “The latchet of whose shoes I am not worthy to unloose.” I can barely write that. He was the most beautiful dude… His breakthrough was the aestheticization of weakness. Not in what conquers, not in glory, but in what’s fragile and what suffers—there lies sanity. And salvation. “Let anyone who has power renounce it,” he said. “Your father is compassionate to all, as you should be.” That’s how He talked, to those who knew Him.

Why should He vex me? Why is His ghost not friendlier? Why can’t I just be a good Enlightenment child and see in His life a sustaining example of what we can be, as a species?

Because once you’ve known Him as God, it’s hard to find comfort in the man. The sheer sensation of life that comes with a total, all-pervading notion of being—the pulse of consequence one projects onto even the humblest things—the pull of that won’t slacken. And one has doubts about one’s doubts.

4) And finally: Aldous Huxley’s little-read Ape and Essence. A sample:

I tell you, my dear sir, an undevout historian is mad. The longer you study modern history, the more evidence you find of Belial’s Guiding Hand….The Arch-Vicar makes the sign of the horns, refreshes himself with another drink of wine, then continues. “And then there was Nationalism—the theory that the state you happen to be subject to is the only true god, and that all other states are false gods; that all these gods, true as well as false, have the mentality of juvenile delinquents; and that every conflict over prestige, power or money is a crusade for the Good, the True and the Beautiful. The fact that such theories came, at a given moment of history, to be universally accepted is the best proof of Belial’s existence, the best proof that at long last He’d won the battle.”

An intersection of all four: the weakness, humility, and gentleness of Jesus Christ makes for a people who do not commandeer the state for their own ends. They are not boastful, proud, angry, degrading, or mean. They do not own a list of people who are deemed proper to hate. They are not loud, outspoken, cutting, or obnoxious. They do not mock, scorn, tear, or belittle. If the church is to be anything filled with the Power of the Spirit, it must give up its pursuit of political power.

Jesus, inhabit your people with the newfound beauty of weakness—in Your name, for the sake of restoring all of creation, Amen.