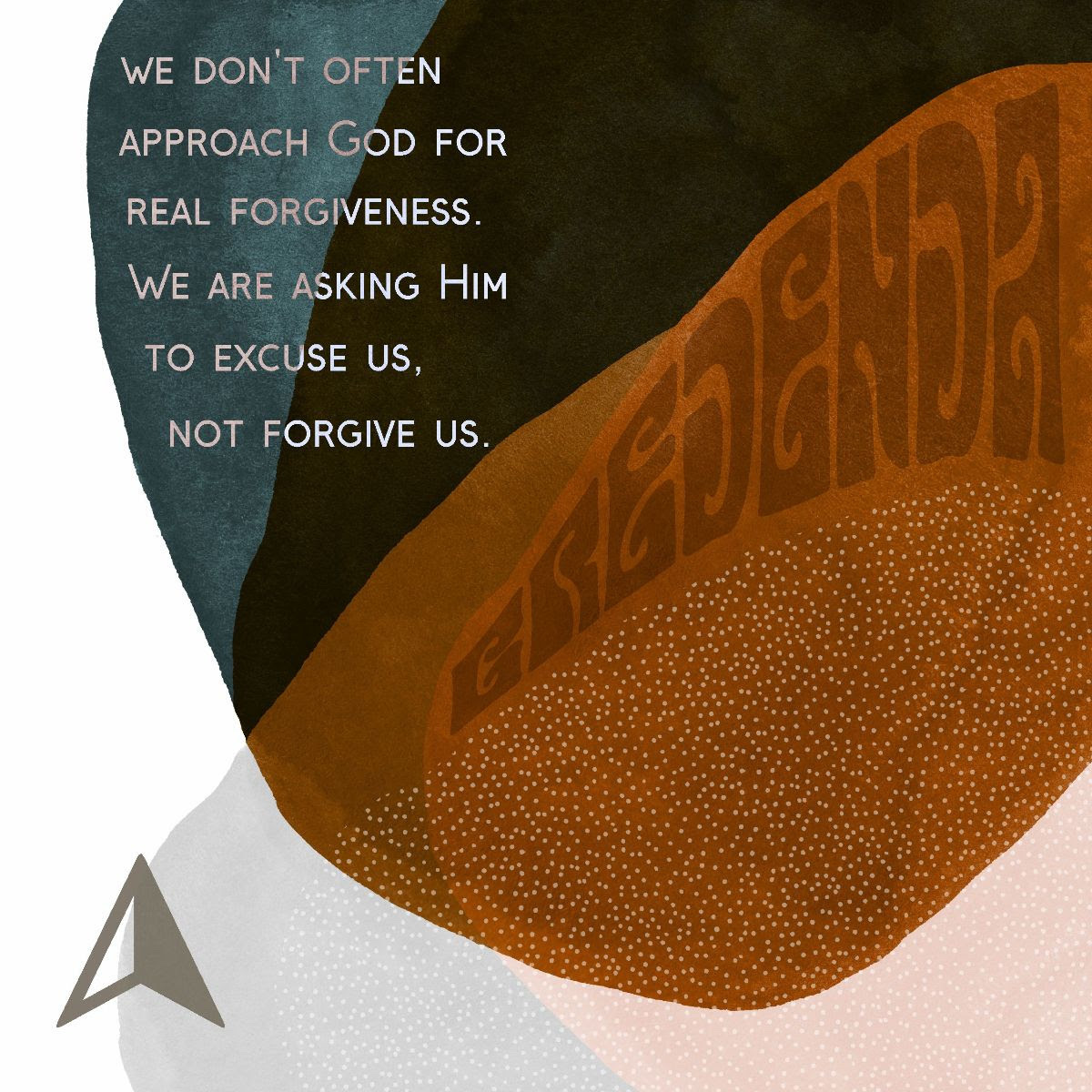 But I think it's about forgiveness
forgiveness
Even if, even if you don't love me anymore1
Don Henley
‍
“I believe in… the forgiveness of sins,”
from The Apostle’s Creed

The New York Times had a crossword hint for an 8-letter word: “things to be believed, especially articles of faith.”

“Creed,” I thought, “But that’s 5 letters, dummy.” I was stumped until all the other words slowly solved it. Credenda. I did not know that. It’s roommates with creed, though. Credenda.

Things to be believed.

A friend of mine likes to say that belief is the most oft-ignored, yet primary application of all biblical truth. We immediately want Truth to start fixing our problems—boss’s obstinacy, marriage’s listlessness— but we have little patience for belief. Belief can seem like a perfunctory checkpoint where
all the security guards are joking, playing peek-a-boo with the children, and generally waving people along toward Real Life Application™.

Things to be believed. Things important enough to put on the list, but things hard enough to imagine, that they must be—just gotta be— believed. We have no more time for Tooth-Fairy claims.

C.S. Lewis has six pages2 on forgiveness that I recently read. He was bemused by the strange presence of forgiveness in the Apostle’s Creed. Those who compiled it found it crucial to believe in forgiveness—especially on an ongoing, sustained basis. Every week!?!, I thought we had covered this point already.

Of course, we know that sticky part of forgiveness: We’ll never get it for ourselves if we decide it can’t be granted beyond all our own totally-understandable-foibles.

That’s where Lewis gets underneath it all. He says that we don’t often approach God for real forgiveness. We are asking Him to excuse us, not forgive us. We are asking God to accept our reasonable excuses. And, Lewis continues, if there are perfectly good excuses, nothing needs to be forgiven. Forgiveness and acceptance of excuses are quite opposite things.

Why is that? Because we firmly believe in “extenuating circumstances” (Lewis’s term). Yes, we think, yes, normally this would require forgiveness. Yes, normally, this is standard forgiveness material. Normally, I would be way out of line, but because of the detailed facts of this situation, you will see quite plainly an odd, circumstantial loophole has become evident. Yes, normally, I would need flat-out forgiveness powered exclusively by One Crucified God, but this unique situation, though. You just haven’t heard, read, or seen, all the pertinent variables. I have the receipts! It is my duty, my incumbent responsibility to enlighten You, O God (or myself, or friend) of these unique details You may have not yet considered. Implicit conclusion: if you knew the details, O God, you would excuse me for my (ongoing, sustained) hatred. There might be an odd chance that there remains a small sliver of culpability that you could quickly tidy-up with Your forgiveness. But overall, I have brilliant excuses.

Lewis: “We are so very anxious to point these out to God (and to ourselves) that we are apt to forget the really important thing; that is, the bit left over, the bit which excuses don’t cover, the bit which is inexcusable but not, thank God, unforgiveable.”

Clive Staples (affectionately, of course) offers two remedies for all our excuses.

One, things to be believed: God sees all excuses. He knows the variables, the extenuating circumstances. Lewis: “All the real excusing He will do.” It probably means that He will certainly be less harsh compared to our unforgiving eyes, and more tender in our private incriminations.

Two, really and truly believe in the forgiveness of sins. Lewis: “Real forgiveness means looking steadily at the sin, the sin that is left over without any excuse, after all allowances have been made, and seeing it in all its horror, dirt, meanness, and malice, and nevertheless being wholly reconciled to the man who has done it. That, and only that, is forgiveness, and that we can always have from God if we ask for it.”

Credenda. Things to be believed. I believe in the forgiveness of sins. Do you believe this?


1 Song: “The Heart of the Matter”
Album: The End of the Innocence
Artist: Don Henley

2 C.S. Lewis: “On Forgiveness,” The Weight of Glory