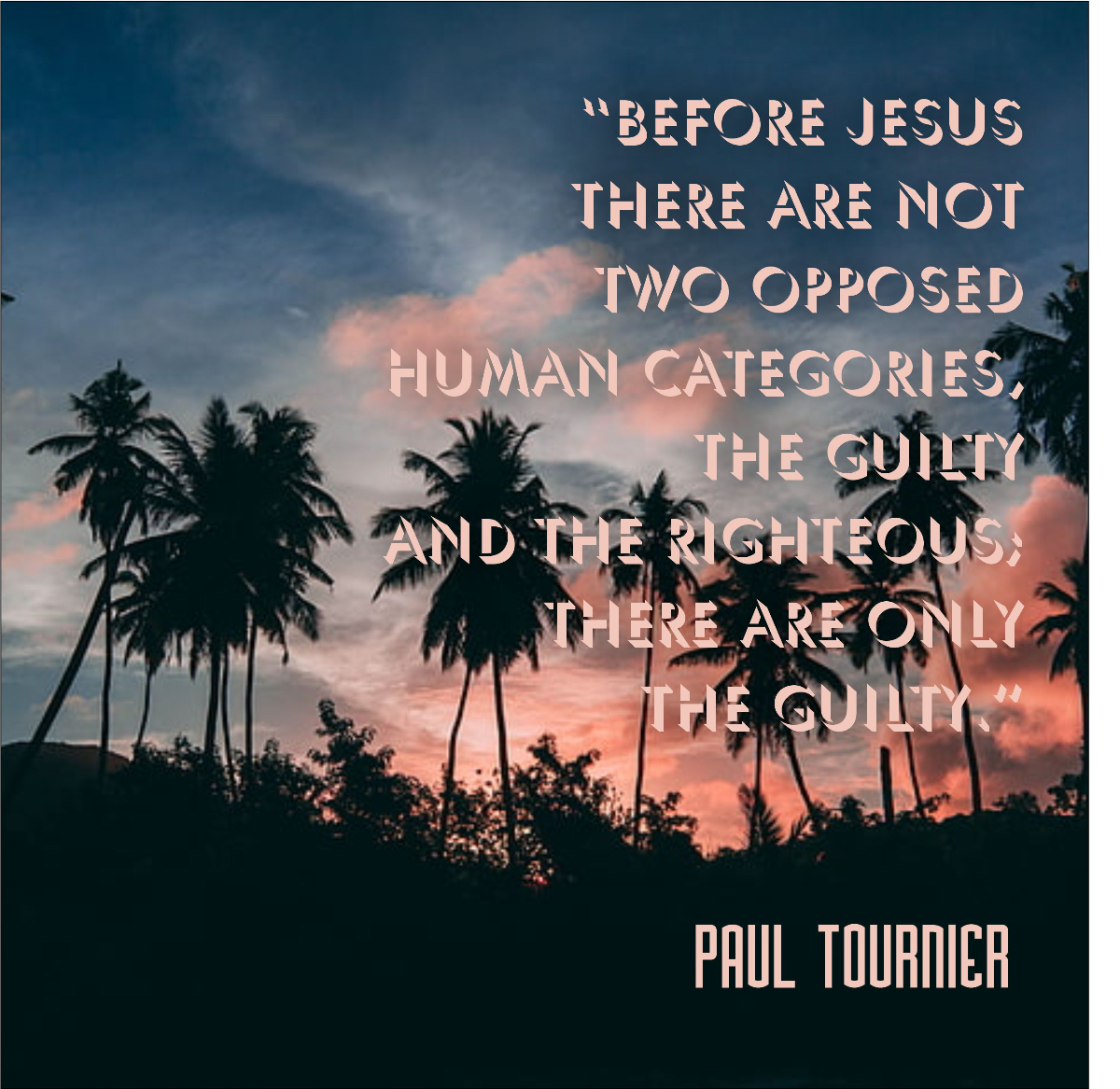 The fool says in his heart, “There is no God.”
They are corrupt, they do abominable deeds;
there is none who does good.

The Lord looks down from heaven on the children of man,
to see if there are any who understand,
who seek after God.

They have all turned aside; together they have become corrupt;
there is none who does good,
not even one.

Dr. Timothy Keller is fond of saying that almost everyone is capable of repenting for something that is generally considered wrong, but Christians are those strange creatures who repent even of their righteousness.

Another friend puts it this way: “Obedience without Christ is damning.”

Paul Tournier, the late Swiss/French psychologist, put it this way:

“The strange paradox present on every page of the Gospels, and which we can verify any day, is that it is not guilt which is the obstacle to grace, as moralism supposes. On the contrary, it is the repression of guilt, self-justification, genuine self-righteousness and smugness which is the obstacle.”

A simple, logical conclusion from Tournier, “Before Jesus there are not two opposed human categories, the guilty and the righteous; there are only the guilty.”

Rankin Wilbourne, former pastor of Pacific Crossroads (our planting church), channels C.S. Lewis here: “The deepest distinction among human beings is not between the bad and the good, but between those who know they are bad and those who do not. Yet, strangely, it is not the blatantly wicked who have the greatest difficulty seeing this, but the carefully obedient.”

Or to go to straight to the Lewis headwater: (Mere Christianity)

“If anyone thinks that Christians regard unchastity as the supreme vice, he is quite wrong. The sins of the flesh are bad, but they are the least bad of all sins. All the worst pleasures are purely spiritual: the pleasure of putting other people in the wrong, of bossing and patronising and spoiling sport, and backbiting; the pleasures of power, of hatred. For there are two things inside me, competing with the human self which I must try to become. They are the Animal self, and the Diabolical self. The Diabolical self is the worse of the two. That is why a cold, self-righteous prig who goes regularly to church may be far nearer to hell than a prostitute. But, of course, it is better to be neither.”

Jesus predominantly and persistently exposes the guilt, according to Tournier, of “the moral and scrupulous people, by proclaiming that all men are equally sinful despite all their efforts, so that not by showing off their vaunted impeccability, but by confessing their guilt, by repentance, will they find the grace which erases it. Scrupulous ‘obedience’ is, more often than we are aware, thinly veiled disobedience. Obedience, therefore, can be damning.”

For the redeemed, Jesus doesn’t just become sweet in our moments of blatant failure, but in every step that others would normally cheer as laudable and praiseworthy.

Jesus, save us—from our bad…and our good. Which, according to Psalm 14:1, is downright foolishness to those who hate God.