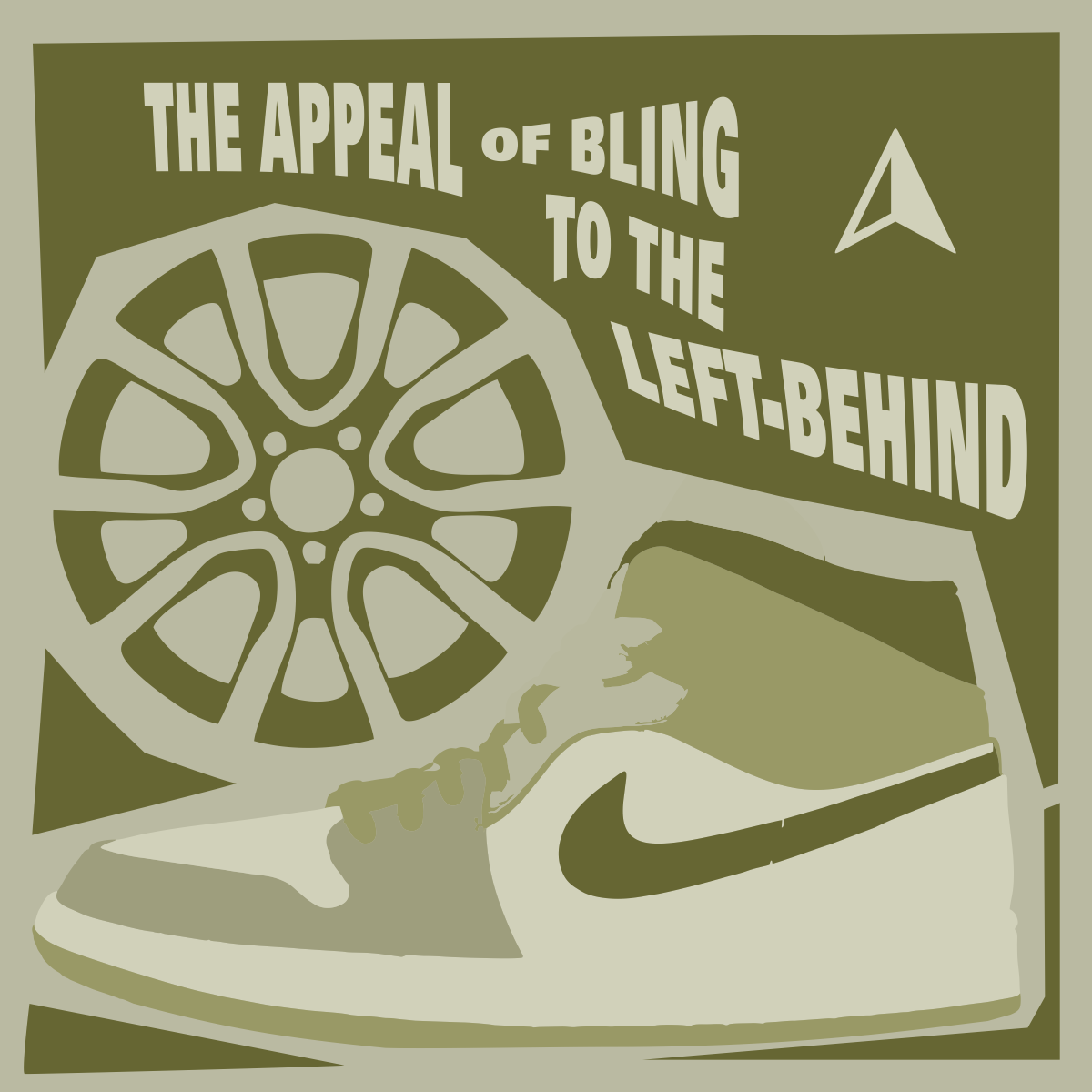 Of Rims and Jordans

I was talking to a FedEx delivery guy—as one does—and I asked a soft opener of “Has it been crazy busy, lately?” while transitioning to “What are some of the strangest items you’ve delivered?”

Unsolicited, FedEx Guy said “You know what’s really crazy?” It felt like a rhetorical moment, so I didn’t say anything. I was not wrong. “I delivered two thousand dollar rims to a trailer park. Yeah. And the other day I delivered a bunch of Jordans to a little crappy house that had plastic for windows. The kids in the yard didn’t even have shoes. Crazy, huh? Unbelievable, man.” And with that FedEx Guy darted across the street, ignited the box truck and roared away.

FedEx Guy’s subtext: poor people can’t seem to prioritize their purchases. They buy luxury items when clearly a new immovable house, windows, or shoes for the children might be a wiser acquisition. This is yet another helpful data point showing us that poor people need to get their act together. Why is it that the poor buy luxury goods?

As it turns out, there are a couple studies about this. It seems, the FedEx Guy was on to something. Tom Jacobs explores this in the Pacific Standard highlighting a distinct correspondence between high levels of income inequality and the purchase of luxury items. His phrase: “the appeal of bling to the left-behind.”

Writing for The New Republic, Phoebe Maltz Bovy touches on a similar study:  “…this effort to appear affluent is ‘at the likely expense of alternatives that may be more conducive to the health and well-being of self and society.’”

Which, at this point, you might feel like everybody should stop piling on the poor.  They are after all, poor. They can’t even be poor without people being mad about how they go about being poor.

But that’s when I thought of Miroslav Volf—one-time professor at Fuller Seminary, now at Yale Divinity School. After touring some gritty neighborhoods in Baltimore, Mr. Volf mused at the similarities between the impoverished and those living in tony penthouses around Wall Street. He said that both were subject to the “ironclad Law of Achievement,” where every success begins to imbue success and self-worth back to its achiever and every failure imbues failure and self-degradation back to its failed contestant. In Volf’s imagery, every little piece of our lives is a loudspeaker that sends a message of value, worth, and esteem. Both the projects and the penthouse were using the same “Law of Achievement” to find self-worth, said Volf, one was succeeding at the game; the other was not.
‍

‍
Who can blame the poor? As a contributor for Investopedia, Vanessa Page says it directly: “For some consumers, a luxury good can go a long way in increasing self-esteem or providing a sense of belonging.” The rims are not very different from an Audi in a driveway, especially if the house attached to that driveway has double-paned windows instead of plastic. The Jordans are only a substitute for an ever-expanding portfolio that screams its approval back to you. The poor want to feel valuable. Fancy that.

The FedEx guy was half-right: yes, it’s crazy; but all of us are crazy in the same way.

It’s also easier for the socio-economic advantaged to pretend that they don’t really need all the excess to act as self-approval loudspeakers. A micro-age ago, Anna North’s piece in the New York Times (“When It’s Cool To Have Nothing,” 2014) peeled away the façade of fashionable minimalism among the wealthy. There is a certain aloof style of cool to not owning things; at the same time one can only do this if you own many things already. You are allowed to look like Adam Sandler— in gym shorts, dad-bod, and baggy t-shirts— when fame, films, and financials yell good things when you walk down the street.

One could think that since the wealthy have a multitude of material loudspeakers yelling approval over their lives, that the absence of one (or its marked changed message to the negative) is hardly noticed while the many other speakers drown out the dissenting negative voice in a constant stream of affirmational messages. But to further my point that the impoverished and wealthy still use the very same Law of Achievement as a metric for self-esteem, consider the removal or change of one very, very important loudspeaker.

Let’s say your child falls off the tracks that you have diligently put him upon. Let’s say you’ve invested everything and he is still uncompliant, ungrateful, and unemployed. And then the loudspeaker begins to chant loudly: “You are a horrible parent. You really should have been more lenient/strict. You stink.”

Or let’s say that community/peer-group loudspeaker changes its usual message of “You are respectable; we like you” to “how could you do that scandal/error/misstep?”  Somehow the Audi’s favorable message of your personhood seems tinny, ineffective.

We need audio that supersedes all other loudspeakers, especially as they all start to turn on you. We don’t need rims or Jordans. But we also don’t need a promotion or a better zip code. We need to hear again, the loudspeaker spoken over a Son, “This is my Son in who I am well pleased.” That Son purchased the right to speak it into your own ears: “This is my daughter/son in whom I am well pleased.”
‍