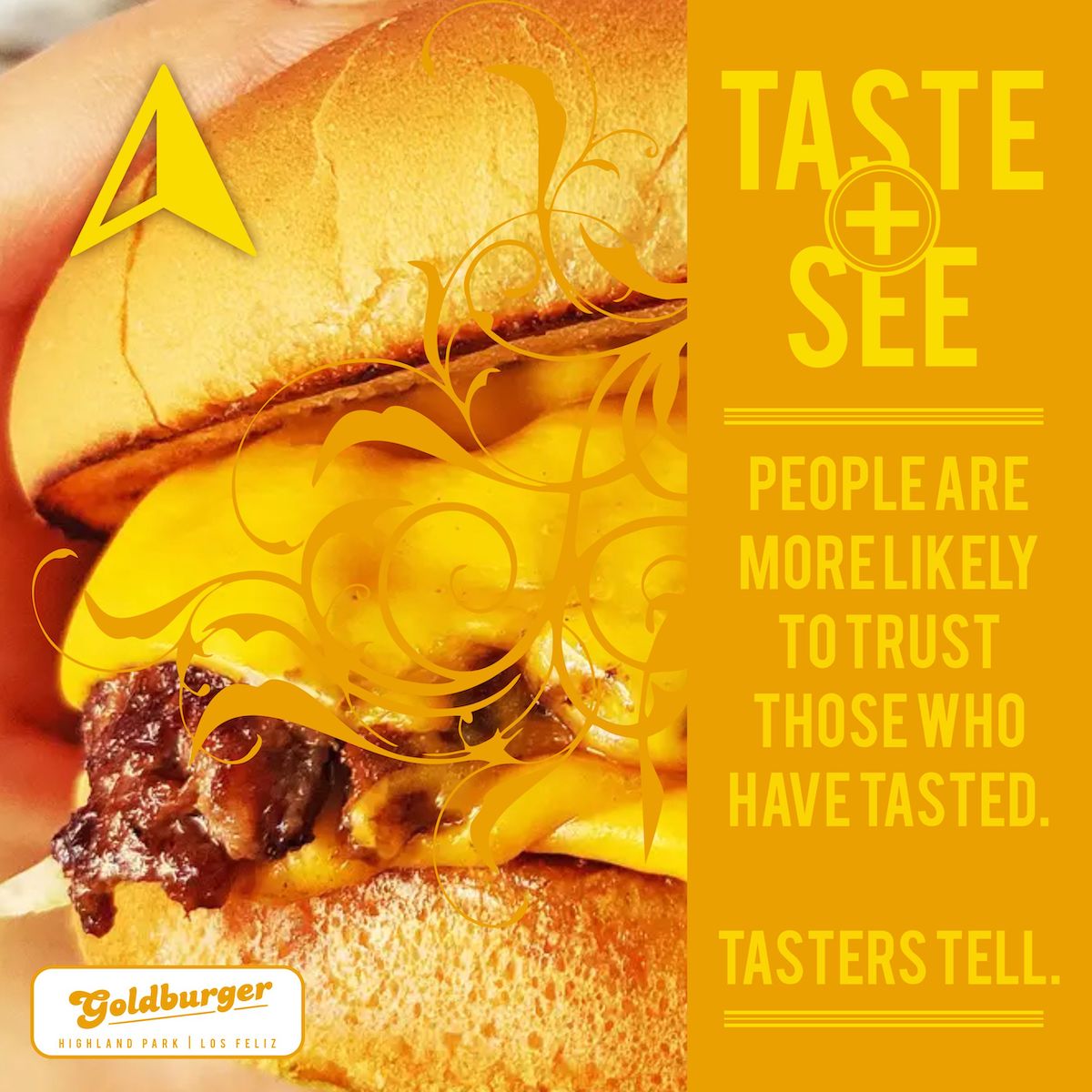 “Oh, taste and see that the LORD is good!
Blessed is the man who takes refuge in him!”
Psalm 35:8

Years ago I bought some Sonos speakers (made in Santa Barbara, whoohoo). They are wireless speakers that can be strategically placed throughout your house. They can be synced-up or singularly play different pieces of media, and our phones control the whole experience. Spontaneous dance parties have been known to erupt with just a few introductory notes. Thank you, Sonos. I am not paid by Sonos, nor do I invest in their company, yet I effortlessly tell people about their speakers.  No one prodded me to be a Sonos evangelist. I’ve tasted (or heard as the case may be), so I tell people about it.

If you talk to anyone in marketing—from movies to movers—the coveted stream of revenue has everything to do with word-of-mouth.  Slick media campaigns can give you an initial spike, but prolonged box office longevity has everything to do with the buzz surrounding those who have seen the movie.  If a movie is truly great, people will talk about it.  And no one prods them to talk about it.  No amount of publicity stunts can save a bad movie because the first-attenders will either say nothing or Twitter-mock into oblivion.

In a recent study of online purchasing habits, people were 10x more likely to buy a product that had been reviewed positively by a fellow consumer than a cheaper product with few or no reviews.  People are more likely to trust those who have tasted.

In a recent dinner conversation with a Chinese immigrant, she explained that purchasing habits in China rely almost solely on a friend’s recommendation.  Hundreds of government posters or billboards do little.  Impassioned speeches from officials won’t convince.  The reason? She said that many products are fake, unsafe, untested, misrepresented, or fraudulent.  She said that if a friend has experienced something positive with a product, school, or business, then she would do the same because she trusts her friend more than a company or the government.  Real friends won’t recommend a product that broke after the first day.

To be clear, Jesus is neither a product nor service; he is the everlasting God who put on flesh and bones.  We do not and cannot consume him.  He is the great Consumer, and all things exist for his own pleasure.  At The Way, I want people to experience two things: 1) I want them to run into the powerful, robust, kind, merciful Jesus who is more satisfying than any other ultimate thing they have pursued for comfort, security, wholeness, identity, or joy, and 2) I want that experience with Jesus and his people to be so intellectually credible, emotionally satisfying, and soul-filling that they effortlessly tell their coworkers, neighbors, friends, and family. Unprodded. About Jesus, not The Way.

They need to taste. Tasters tell.

If a person just intellectually believes that Jesus has been reported to be very good, they mention Him in passing like commenting on a fascinating Atlantic article, a reddit thread, or a collaborated report.  “I wasn’t there, but I heard the Dodgers lost.” “I heard that Goldburger is pretty good, but let’s just go to In ‘N Out.” “I heard the line at Howlin’ Ray’s was long, so let’s just grab some Big Macs.” Your powers of convincing (or lack thereof) will always be attached to your own investment, experience, and interest.

Some think that earnest telling will finally work backwards and give them a taste. It doesn’t work that way. If you decide to turn up the volume on impassioned telling without tasting, it will always come across as forced, hollow, and border-line fraudulent.  A yeller teller sounds like they are trying too hard to convince.  Perhaps, themselves?

Have you ever run into a Jesus-follower who openly gives their story, life, and time?  They certainly don’t airbrush their story with glowing pastels. They give it to you un-edited, and then they brag about Jesus.  Their struggle is real and their Savior is prominent. Their prayers aren’t mechanical; their prayers are intertwined with hope, desperation, need, faith, doubt, love, misery, and awe.  They’ve experienced that the Rock is big enough for it all.  The refuge isn’t mythical, theoretical, or a mirage. They’ve tasted grace in the unlikeliest of places.  And they’ll tell you about it.

We need to taste.  Tasters tell.